Many young and creative people living amid the state of emergency in West Berlin during the 1980s perceived it as a kind of normality. It was a period in which anything seemed possible.
When Blixa Bargeld was asked if he wanted to perform at the Moon Club on April 1, 1980, he thought up the band EINSTÜRZENDE NEUBAUTEN, accepted the gig and called a few friends. The initial members of the band turned out to be musicians who happened to have time that evening. The official birth of EINSTÜRZENDE NEUBAUTEN is generally linked to this concert. Certainly, no one could have dared to predict back then that the band would continue to be so highly productive, and still be going strong after almost four decades.
A “Greatest Hits” Tour, beginning in January 2017, with a double concert in the spectacular “Elbphilharmonie” venue in Hamburg – which sold out in record time – demonstrates that the band EINSTÜRZENDE NEUBAUTEN is still very much alive after nearly 37 years of the most intensive musical ecstasy. The following outline of the eventful history of an evocative band shows why this course should not be taken for granted.
With the release of its debut album “Kollaps” in November 1981, EINSTÜRZENDE NEUBAUTEN declared war on all conventional listening habits. The album is actually an “inaudible” record; it is a frontal attack on expectations and ways of listening that have been blunted by mainstream sound. For lack of money, among other reasons, the range of instruments consisted of “found” and self-made objects, created from sheet metal and including drills, hammers, a “non-voice” that snatched shreds of German words from a text, and professional studio equipment, which was consistently used to undermine its actual technical purposes. This nonconformist mixture itself would become the foundation of a completely new understanding of music that would later influence countless artists, and would highly stylize the band’s subsequent albums into milestones of the industrial scene.
As a construct or entity, EINSTÜRZENDE NEUBAUTEN is one of the few German bands that internationally sends out a genuine impulse via its unique trendsetting mix. It has affected numerous other bands and art genres – from dance theater to the visual arts; and has also inspired film up to the present-day – from Schlingensief to Tarrantino. Although the media mocked the band in the beginning as a bizarre “curiosity in the divided city,” it quickly established itself around the world as one of the renowned greats of the present and of pop culture. It has influenced an entire generation and even today it provides often copied blueprints for experimental sound art and performance.
Characterized by its original and radical redefinition of the term “music,” EINSTÜRZENDE NEUBAUTEN often takes part in unusual and pioneering collaborations, as for instance with the Japanese director Sogho Iishi. The band has also shared far-reaching experiences through theater projects with well-known directors and dramaturges, including Peter Zadek, Heiner Müller and Leander Haussmann, all euphorically documented by the art press. And the band members have received invitations to highly regarded international cultural events, such as documenta 7, the Biennale de Paris and the EXPO in Vancouver.
Always ahead of its time, around the turn of the millennium the band developed an Internet-based, independent production platform with the help of Erin Zhu. It was called the “Supporter Project” and was free from any ties to the rest of the music industry. It made an enormous output of releases possible for the band from 2001 to 2008, and turned the group into early inventors of what has become the ubiquitous “crowdfunding” today.
Another impressive highlight in the very eventful and unprecedented history of EINSTÜRZENDE NEUBAUTEN is marked by the band’s highly symbolic performance at Berlin’s “Palast der Republik” on November 4, 2004. This building, which has been torn down since then, was the former seat of power of the once imposing German Democratic Republic. The impressive live material – including background vocals of a 100-person “supporter choir” – was released on the enthusiastically received “Palast der Republik” album and DVD. In the interim the material has taken on a documentary quality; bearing testimony to an epoch that is now long gone.
Since 2014, the band has received recognition through a worldwide traveling exhibition on German art of the 1980s. Organized by the Goethe-Institut, a section of the exhibition is dedicated to EINSTÜRZENDE NEUBAUTEN.
In the same year, “LAMENT,” a newly composed musical work, commissioned by the region of Flanders to commemorate the start of World War I, was released as an album. It made its specially-conceived, debut performance on November 8, 2014 in Diksmuide, Belgium, the 100th anniversary of the outbreak of the war. The resonance for the album and live performance were overwhelmingly positive worldwide, and the work was celebrated as a masterpiece on the extensive tour through Europe that followed.
The band’s first, long-awaited “Greatest Hits” album is now being released, in November 2016. It is a successful, carefully selected and “audiolicious” cross-section that represents 36+ years of the band’s work. All of the songs are remastered and “Haus der Lüge” is also remixed. As originally intended – but was not possible at the time for a lack of financial resources – this piece is now enhanced with strings and trombones. Of course, the title “Greatest Hits” should be taken in the ironic, tongue-in-cheek spirit in which it is intended.
Thus, EINSTÜRZENDE NEUBAUTEN once again offers evidence for the lasting effectiveness of the band’s philo-acoustic long-term therapy. Blixa Bargeld, Alexander Hacke, N. U. Unruh, Rudolf Moser and Jochen Arbeit have completely outgrown the former Berlin Wall malaise, and the apocalyptic visions and death longings of earlier days are already a thing of the past. Meanwhile, the same ardent desires still drive the tireless spirit of its pioneers: EINSTÜRZENDE NEUBAUTEN will continue its search on an eternal quest for the still undiscovered sound. 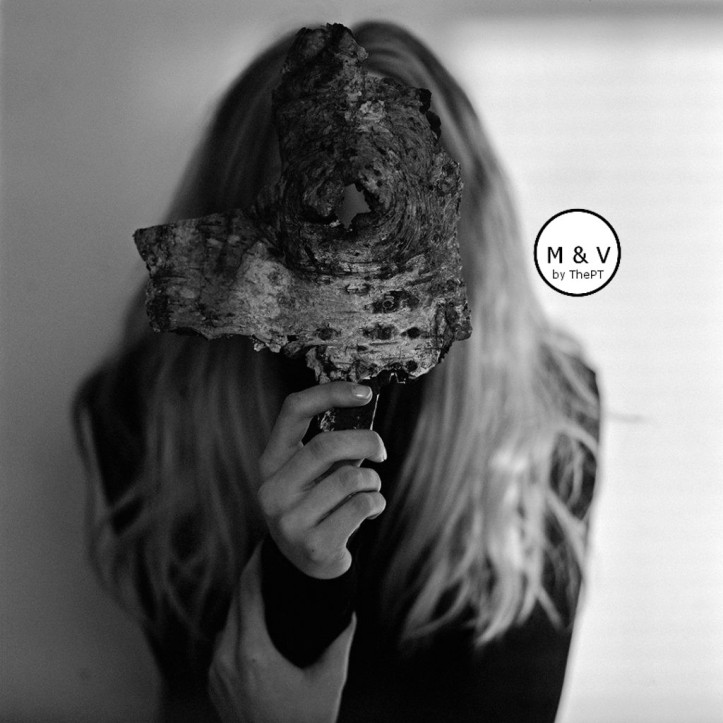 “This serie is my personal view of the relationship between the human body and the natural element, in which I look at through the transformation.

I have been thinking the interconnection between tree and human body related to natural processes. In the series, the bark serves as a metaphorical link between human and tree.

When a tree starts to die, the bark first falls to the ground and then it slowly rotten and becomes part of natural cycle. The bark of wood has been used as a means of disguise in many different cultures. It has concealed identity and created the so-called symbolic otherness.”