The Rip, from Third studio album, Island, 2008.
Portishead are an English band formed in 1991 in Bristol. They are often considered one of the pioneers of trip hop music. The band are named after the nearby town of the same name, eight miles west of Bristol, along the coast. Portishead consists of Geoff Barrow, Beth Gibbons and Adrian Utley, while sometimes citing a fourth member, Dave McDonald, an engineer on their first records.
Their debut album, Dummy, was met with critical acclaim in 1994. Two other studio albums were issued: Portishead in 1997 and Third in 2008. 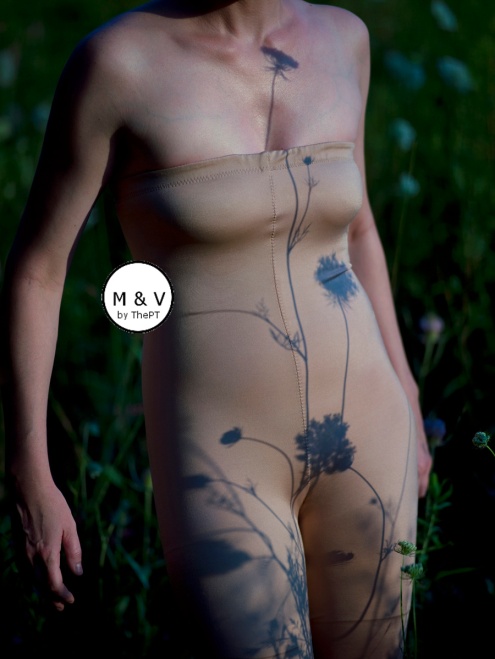 Edith Maybin continues her photographic work by taking her subject outside into a garden where she plays in golden hour light. Maybin presses out the limits of the interior confines of skin from corset to explosion. In a play of Eden, Maybin struggles out the story of individuality and independence; of mother and daughter, of skin and spirit and of Nature and artifice. In this series Maybin’s daughter is 9 years old and in combination with Maybin’s body is nearly believable as a whole person; the two are one in this once bucolic now chaotic verdant room. A summer’s day end acts as a character in this testimony of change and conversion as the story metamorphoses and her form disappears. This series is part three of an ongoing work which began in 2006.

Edith Maybin (b. 1969 Canada) holds a BA in Sociology, University of Western Ontario, Canada and a Masters of Arts in Photography (Distinction) from the University of Wales, United Kingdom. Maybin is represented and exhibited internationally.
Maybin’s work is part of the permanent collections of the National Gallery Canada, The Canadian Museum of Contemporary Photography, The National Museum, Wales; The National Portrait Gallery, London; and, The Sir Elton John Photography Collection.