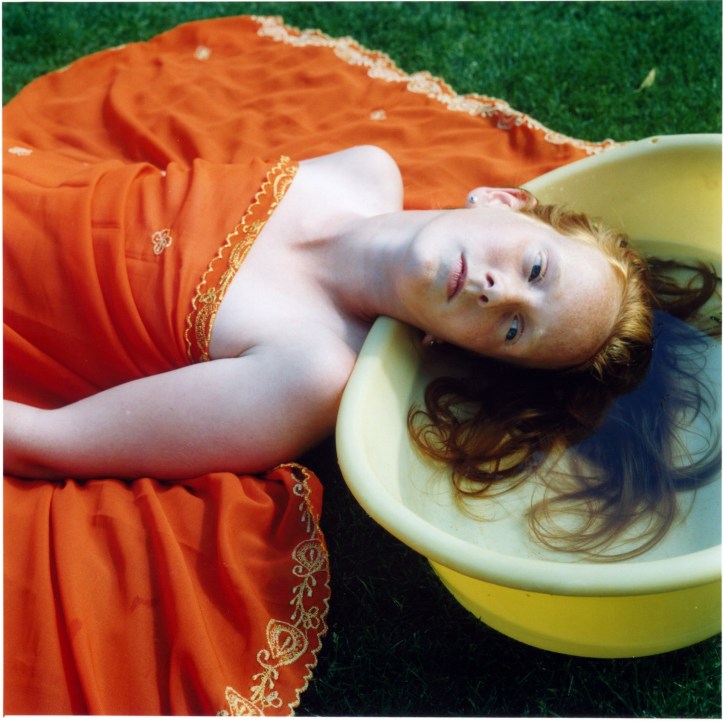 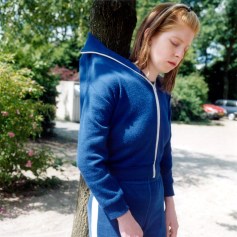 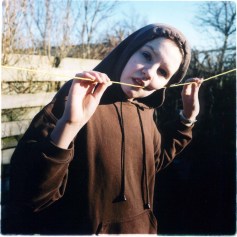 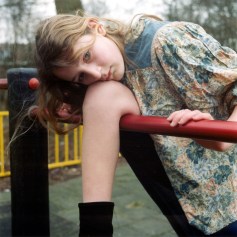 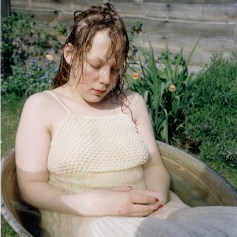 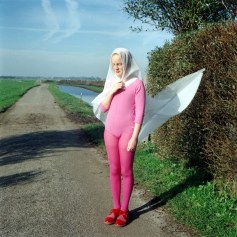 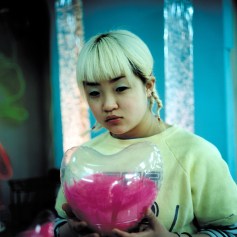 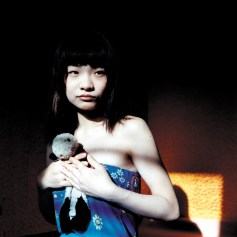 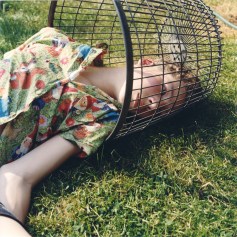 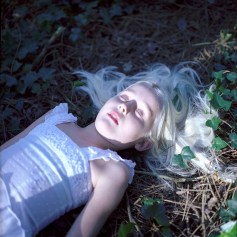 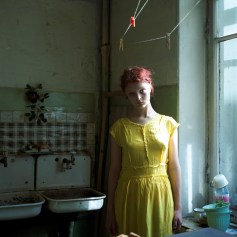 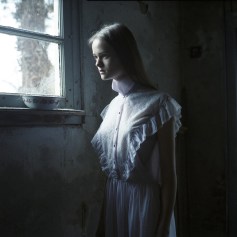 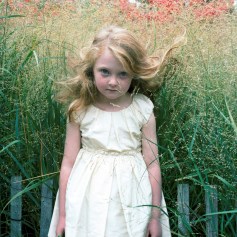 Artist Hellen van Meene (Alkmaar, Netherlands, 1972) is known for her (mostly) square photographic portraits of teenage girls. Her work was first exhibited in 1996 and has been shown around the world since then. Her photos are in the collection of many museums, incl. Guggenheim NYC & MoMA. She lives and works in Heiloo and her subjects now include still lifes, dogs and other animals. She is represented by galleries in New York and Tokyo.

Bio from The Guggenheim Museum

B. 1972, ALKMAAR, NETHERLANDS
Hellen van Meene was born in 1972 in Alkmaar, Netherlands. From 1992 to 1996, she studied photography at the Gerrit Rietveld Academie in Amsterdam. During this time, she briefly studied at the College of Art in Edinburgh, Scotland, in 1995. Since the mid-1990s, van Meene has garnered attention for her staged, yet intimate, photographs of adolescent girls and androgynous boys. Her formal and lighting sensibility is partially informed by her Dutch predecessors like Johannes Vermeer and she originally chose her subjects within her hometown of Alkmaar. However, within the last decade she has gathered models from abroad, notably Germany and Japan. In 2004 she introduced teenage mothers and mothers-to-be from Russia, Latvia, and the United Kingdom into her coterie of subjects in the midst of palpable coming-of-age turning points. For the series Going My Own Way Home (2007), van Meene addressed the visual, economic, and cultural context of her sitters more directly than in her prior series, integrating the panoramic format and still lifes alongside her characteristic portraits to capture the inhabitants of an impoverished post-Hurricane Katrina neighborhood in New Orleans.

Solo exhibitions of van Meene’s work have been organized by Sadie Coles HQ in London (2000 and 2008), Museum of Contemporary Photography in Chicago (2002), Folkwang Museum in Essen (2007), and Fotomuseum Winterthur (2008). Her work has also been included in major group exhibitions like the Biennale for Architecture in Venice (2000), Fotografen in Nederland een Anthologie at Gemeente Museum Den Haag (2002), In Sight: Contemporary Dutch Photography from the Collection of the Stedelijk Museum at The Art Institute of Chicago (2005), Family Pictures at the Solomon R. Guggenheim Museum in New York (2007), and Paris Photo in Carrousel du Louvre in Paris (2008). The artist received the Startstipendium in 1998 and the Charlotte Köhlerprijs in 1999. Van Meene lives in Heiloo, Netherlands.