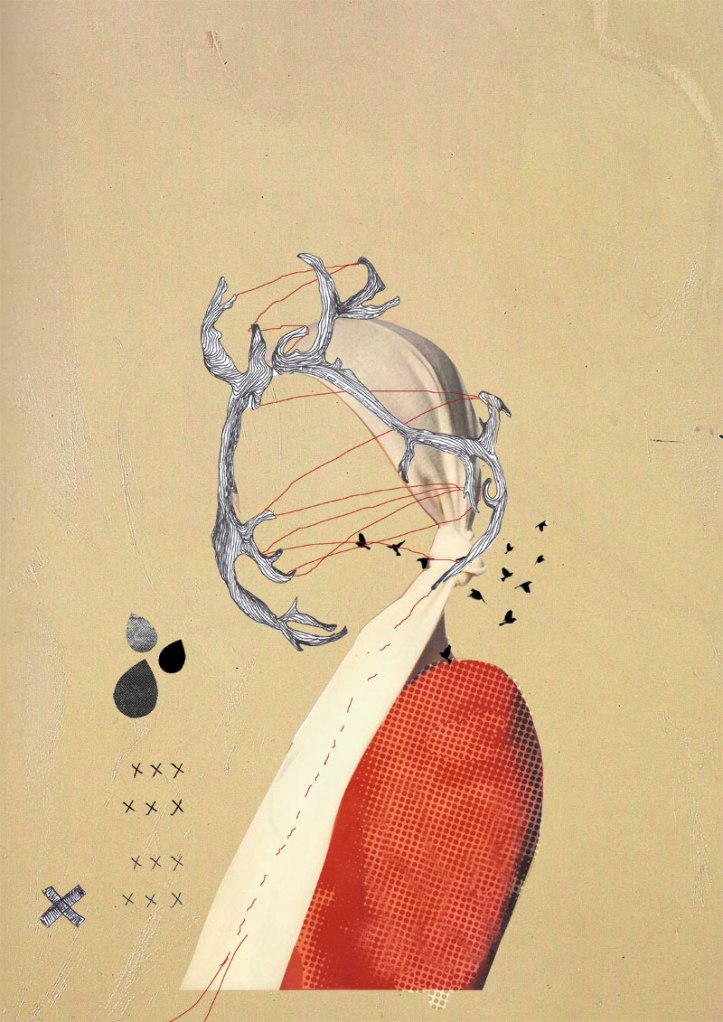 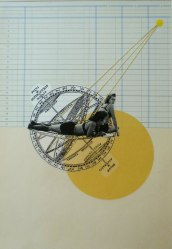 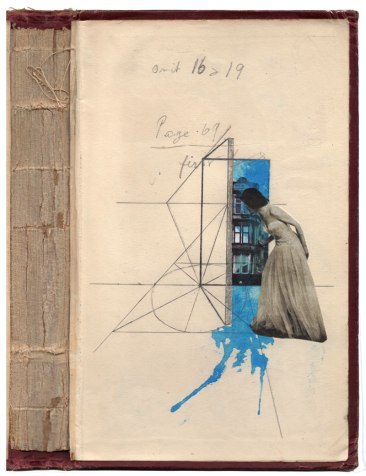 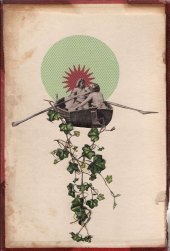 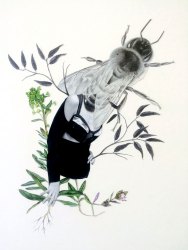 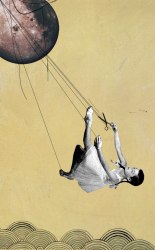 Rhed studied Fine Art at Middlesex University and then spent a year at the art school Cooper Union, New York. Rhed taught at the art school Kiad in Maidstone and for many years taught as a senior Lecturer on the Graphics BA course at Middlesex University. Most of Rhed’s time is now spent at her studio space in North London. She is also a member at both East London Printmakers in Hackney and Edinburgh Printmakers.

Rhed uses collage, drawing and finally printmaking to explore the deconstruction and reconstruction of images. This process allows her to conceptually play with a theme or thought. By deconstructing the reality of image she can then begin to tell her own story by creating a new poetical narrative. Her works appear as dreamlike images in which fiction and reality meet, well-known tropes merge, and meanings shift. These multilayered images arise in which the fragility and instability of our seemingly certain reality is questioned.

The pictures create their own stories, as Rhed works on them they take bon a life of their own, forming narratives that are completed in the viewer’s imagination. What the viewer reads into each image is as important as what was in her own head as she constructs them; they can be interpreted in different ways depending on who is looking at them. So what seems difficult to one person can appear beautiful to another, what is innocent in the eyes of one viewer can appear provocative or dark to another. There are personal stories behind some of the pictures but each should then become personal to the viewer, the original narrative does not need to be specifically understood.