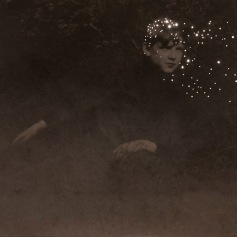 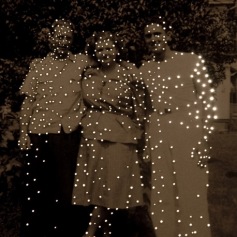 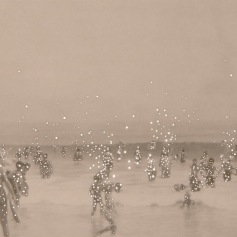 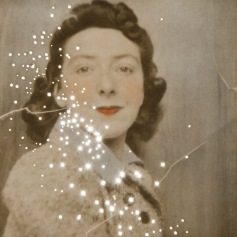 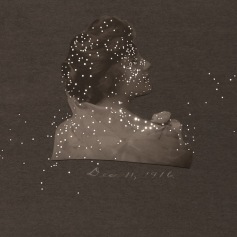 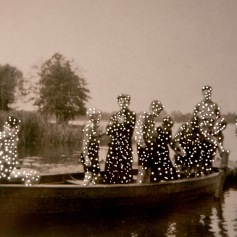 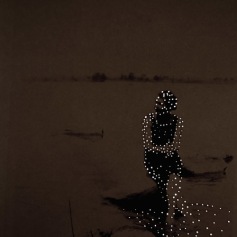 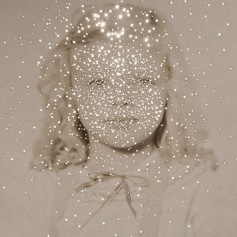 “I am not specifically concerned with capturing a “concrete” reality in my photographs. I aim to use photography as a medium that explores the relationship between what is visible and non-visible. I have continued to work on the Dare alla Luce series over a period of time; initially responding to a collection of vintage photographs, retrieved from a variety of sources. Through hand-manipulated interventions I alter and subsequently re-photograph the images “re-making” photographs that oscillate between what is present and absent. I aim to comment on the fragile quality of the photographic object but also on the fragility of our lives, our history. All are lost so easily. By employing the tools of photography, I “re-use” light, allowing it to shine through the holes. In a playful and yet, literal manner, I return the subjects of the photographs back to the light, while simultaneously bringing them forward. I play with the light and use it metaphorically allowing for new readings, sometimes through heavy-handed applications and at other times delicately. The images are permanently altered; they are lost and reborn, hence the title, Dare alla Luce, an Italian term meaning, “to bring to the light” in reference to birth. The title of each piece is significant; some titles were taken directly from the notations found written on the photographs, yet those without any indication of provenance were titled to reference the nuances of photography as a medium and the manner in which we interact with these images.“

Amy Friend grew up on the outskirts of Windsor, Ontario, Canada where the Detroit River meets Lake St.Clair. She studied at OCADU (Toronto) before embarking on intermittent travels through Europe, Africa, Cuba, and the United States. Upon her return she continued her studies and received a BFA Honours degree and BEd degree from York University, Toronto and an MFA from the University of Windsor. She is an Assistant Professor in the Fine Arts Department at Brock University in St. Catharines, Ontario.

In 2013, 2014 and 2015 Friend was selected as one of the top 50 photographs in the juried Critical Mass International Photography Competition and published a monograph of the Dare alla Luce series in December of 2015.