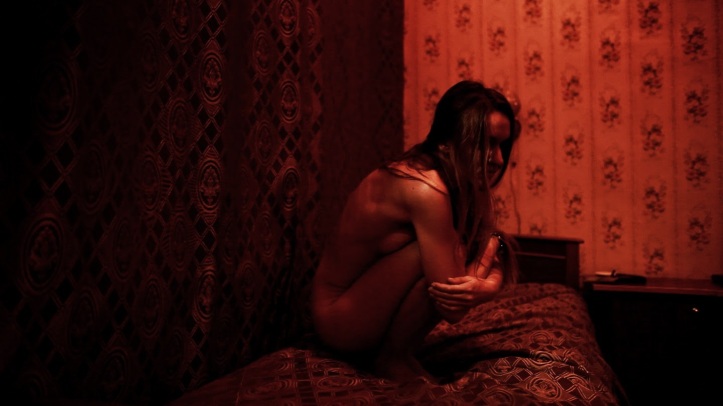 The renowned French Magnum photographer – again and always – uses his sublime camera and whole being to reveal a parallel world of prostitution and drugs, punctuated by exhausted bodies and lost souls in Cambodia, Russia and India. Disturbing surely, but also transcendental.

The bodies of junkies and whores are transformed into beautifully lit sculptures in this guided tour of the underworld by French Magnum photographer Antoine d’Agata, reminiscent of a mix between Caravaggio and Pedro Costa.
Bodies living in suspended animation, exhausted, surviving from client to client and shot to shot. At times, the only movement comes from a flame heating the heroin, the rest of the image caught in an endless still loop. The women’s voices are heard in voice-over, some railing against the world, others still hoping to be discovered, ‘like a jewel in the dark’.
But d’Agata doesn’t just observe. His body too appears before the lens in chiaroscuro: fucking, anaesthetised by opiates. Atlas asks penetrating, complex questions. Are the women being abused? Are the bodies here being reduced or elevated to art? Whatever answers you may find to these questions, the images are certain to make a deep impression. ( source: www.iffr.com )

“It’s not how a photographer looks at the world that is important. It’s their intimate relationship with it.”