Tear you apart, from She wants revenge studio album, Perfect Kiss/Flawless Records/Geffen Records, 2006.
She Wants Revenge is an American rock band, based in San Fernando Valley, California and formed in 2004. The group’s debut album She Wants Revenge was released in early 2006, with three singles to follow (“These Things,” a video featuring Shirley Manson from Garbage, “Out of Control,” and “Tear You Apart” for which the video was directed by Joaquin Phoenix). The band has sold more than 300,000 records in the US. The band’s second album, This Is Forever, was released in 2007. The group’s third album, entitled Valleyheart, was released in 2011. 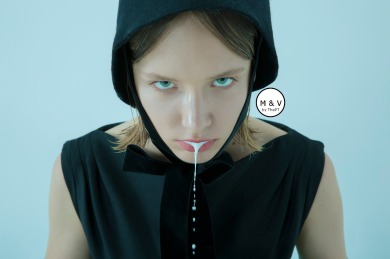 On the 6th of December, I was born in Thessaloniki and I graduated from the National Theatre of Northern Greece Drama School in 2008. Since 2009, I live and work in Athens between Theatre, Cinema and Fashion. As an actress, I have collaborated with National Theatre, National Theatre of Northern Greece and Onassis Cultural Centre. I have directed 5 performances, known for Cleansed by Sarah Kane (2014) and Dogville by Lars Von Trier (2015). As a photographer, I have participated in the exhibitions ROOMS 2014 with “Skin Possession” (Fashion Video & Photography), Kappatos Gallery and VANITY with “ETOILE”(video) which took place in the Archeological Museum of Mykonos.