The DeSoto Caucus
“After more than ten years of exploring the American musical heritage playing with Howe Gelb, after Thøger, Peter and Anders, among a bunch of other local players, had been invited to take part in the recording of Howe Gelb‘s solo record The Listener while he spent the summer in their hometown of Aarhus having a daughter. When the album was released in the spring of 2003, the three of them along with danish folk-pop star Marie Frank went on the European tour to support the album. As more shows kept  following, Gelb at some point decided this would be the new Giant Sand since the previous incarnation consisting of Gelb, John Convertino and Joey Burns had fazed out due to the success and incresingly busy schedule of Burns/Convertino sideproject Calexico…read more 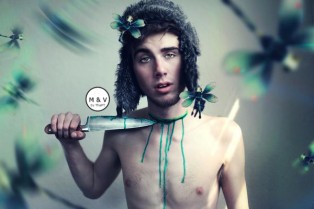 Jared Tyler
“Photography has changed my life along with many. It has given others and myself a chance to step back in this world and appreciate the details that would otherwise go missed. Photos test the boundaries of time. They are the only visual proof of memories we have. Whether it be shot in film or file, a visual interpretation of the world through a viewfinder offers proof, honesty, and raw emotion. Photography has taught me to focus both on the big picture, but also on the fine grain. It builds an identity for the faces and places around me. I can’t even picture life without creativity anymore. It has changed the way I see myself and others in the world.

As long as we continue to create and collect beautiful moments here on flickr, memories will always be kept alive. And the creative beast within ourselves can be tamed.”
follow Jared Tyler on tumblr ∞ facebook ∞ flickr