podcast by MassimoDi Roma, publish today by RadioRock.to (The Original) >

Helado Negro
Helado Negro is the music and performance work of Roberto Carlos Lange based out of Brooklyn, NY.  Helado Negro was the recipient of the Joyce Foundation Award, was written about in the L.A. Times and traveled the world with his Tinsel Mammals. He is currently on tour supporting his new album “Private Energy” read about the making of it on The Fader. 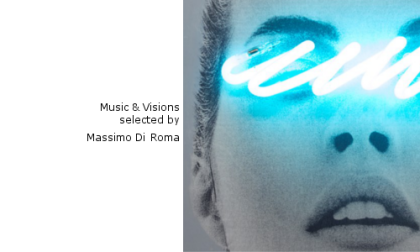 Javier Martin
Javier Martin (Spain, 1985) is a multidisciplinary artist who bases his creative exploration on the careful observation of his surroundings, detecting semiotic relationships that might otherwise pass by unnoticed to an unperceptive viewer. With this approach, the artist constructs situations that invite reflection on impending matters in today’s world.

Raised in Spain, Martin began painting in oil colors at the tender age of seven, and had his first exhibition at the age of eight; however, he never allowed himself to be influenced by formal artistic training. Instead, he relied on his experiences, which allowed him to explore the possibilities of various materials and tools that he incorporates in his work today. Traveling, living, and working in countries – from Europe, South Korea, Hong Kong, to the United States – honed his observation skills, allowing him to learn from people and daily situations far removed from his background. During the Summer of 2012, Martin participated in his first exhibition in Asia M50 Art District. By 2014 he officially was represented by Matthew Liu Gallery in Shanghai…more