post inspired by La Pulce Fumetti (thanks a lot)

Michael Manomivibul is a freelance illustrator whose work thrives on mystery and atmosphere. He’s been known to work on books about spooky beings and grand adventures.
Clients include IDW and The Folio Society. His work has been shown in Spectrum: The Best In Contemporary Fantastic Art. 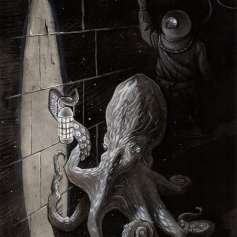 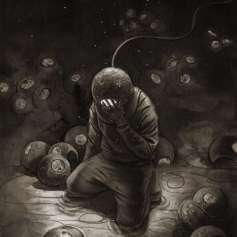 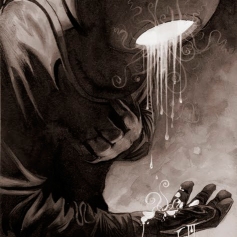 These surreal deep sea diver illustrations by Michael Manomivibul make the profession seem much more horrifying than I imagine it to be. From taking off a helmet underwater with extreme pressure conditions to landing on top of a jellyfish the size of Godzilla, the diver in these renderings looks as though he’s living an endless series of nightmares. It’s these dark concepts that make these surreal images so captivating on both a visual and cerebral level. (source .trendhunter.com)