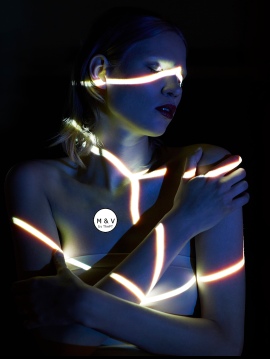 Mads is a Danish-born London-based photographer. Following graduation with a BA (Hons) from London College of Fashion in 2005, Mads shortly after began to shoot portraits for i-D magazine.
—
Today He works with a wide range of commercial, style, fashion, editorial and music clients.
—
Mads is continually pursuing personal and editorial assignments that push his creative and technical limits which then feeds back into his commissioned projects. Mads is used to working quickly on location as well producing higher more constructed images for the advertising and music industry.
—
Mads was in 2010 awarded Album Cover of the Year with Klaxons ‘Surfing the Void’
—
His work has won numerous awards lately including the PDN Photo Annual and the American Photography Award. His ‘Broken Glass Series’ for Fabric was featured on the cover of Creative Review’s Photography Annual as well as winning their category for ‘Best Photography Execution Within Advertising’.
Contact   Instagram