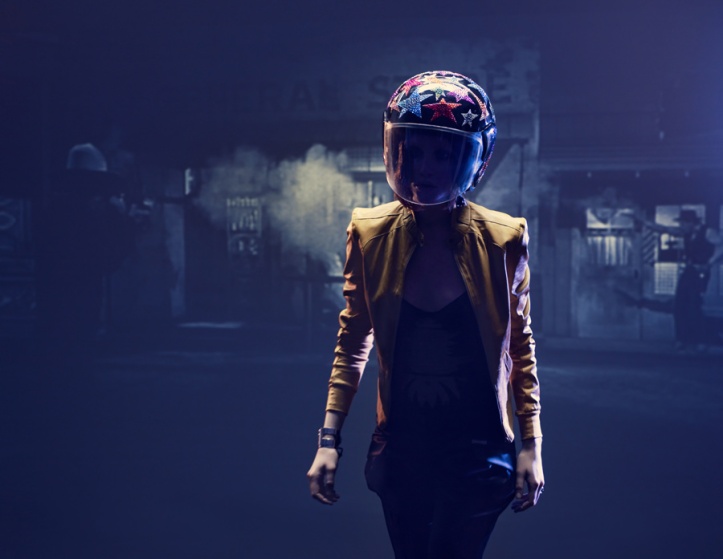 Suzie and Leo are two young artists and fashion photographers.  Suzie studied graphic design in art school and Leo focused on film studies, it is actually in the photo section of the Gobelins School in Paris that they confessed their common taste for B and Z movies. Directed like feature films, their fashion series are full of cinematic references, ranging from the French New Wave to John Carpenter or even Ford style westerns with the series Screenplay: A single step separated photo and film cameras, a step they gloriously took with their super glamorous short film . Great interaction between reality and the screen, simple and awesome. (source: chicquero.com )