Sunnyboys are an Australian power pop/post-punk band formed in Sydney in 1980. Fronted by singer-songwriter, guitarist Jeremy Oxley, the band “breathed some freshness and vitality into the divergent Sydney scene”. Their first two albums, Sunnyboys and Individuals both appeared in the Top 30 of the Australian Kent Music Report Albums Chart.
Sunnyboys first formed in 1979 and broke up in June 1984. Jeremy Oxley formed various incarnations of the band throughout the 1980s and into 1991, as the only original member. The original line-up (without Burgman) reunited for a one-off show in 1998 for the Mushroom 25 Concert. In 2012 the original line-up reunited for a surprise show in Sydney as part of the Dig It Up concert series, billed as “Kids In Dust”. The original line-up of Sunnyboys later played sporadic shows in 2013 and continue to tour periodically.
more on wikipedia… 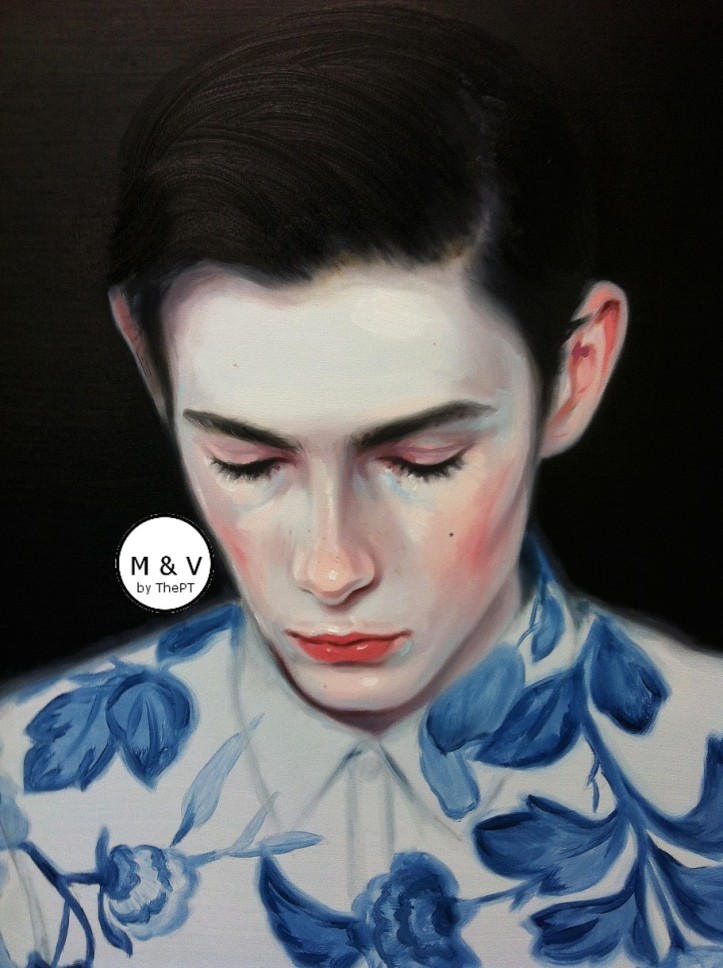 KRIS KNIGHT
BORN 1980, CANADA
Kris Knight is a Canadian painter whose work examines performance in relation to the construction, portrayal and boundaries of sexual and asexual identities. Drawing from personal histories of rural escapism through imagination, Knight paints disenchanted characters that are lost between youth and adulthood; they hide their secrets, but desperately long to let them go. His mythical and ambiguous portraits are a synthesis of fantasy and real-world memory; they tiptoe between the dichotomies of pretty and menace, hunter and hunted, innocence and the erotic.
Within their apparent ambiguity, Knight’s sensitive paintings and portraits evoke a series of shifting emotions, themes and experiences – from loneliness, competiveness, numbness, loss, and love, to the need to seek attention, the need to put on airs and perform, the need to cope and the need for privacy. Some works are dark and melancholic; others are tinged with notes of humor and sensuality, sweetness, elegance and light.
Throughout Knight’s professional practice, he has created thematic bodies of work that reference historical notions of regality, mysticism, romanticism and symbolism. He often skews these concepts with contemporary interests in androgyny, fashion, psychotropic alterations and the post-modern gaze. Knight’s lustrous classical cum illustrative figurative paintings, stride between a contradicting palette of sensual primaries and ghostly pastels, reflecting his adoration for 18th Century French portraiture and Polaroid film.