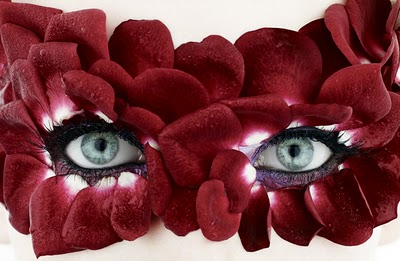 Synonymous with dynamic and intimate portraiture, the photographer Rankin has shot everyone from royalty to refugees. His powerful images are part of contemporary iconography, and mix a cross section of his own personal interests with commercial campaigns, from Nike to Women’s Aid. His work is regularly exhibited in galleries around the world from Sao Paolo to Moscow, London to LA.

Rankin first came to prominence when he co-founded Dazed & Confused with Jefferson Hack. One of the most important magazines of the 90’s, it established its stylists in the fashion elite, broke some of today’s top designers and nurtured the budding careers of a generation of creative photographers.

Earning a reputation for creative portraiture and a talent for capturing the character and spirit of his subjects, Rankin quickly became a formidable force in photography, shooting Brit-pop bands including Pulp and Blur and darlings of pop such as Kylie and Madonna. Rankin’s career continued to blossom and covers for German Vogue, Harpers Bazaar, Arena and GQ quickly followed.

His body of work includes some of the most influential politicians, popular musicians, revered artists and celebrated models since the early 90’s. However, Rankin also continued to take on projects that featured ordinary people, often questioning established notions of beauty and causing controversy and igniting debates along the way. Most recently he travelled to Johannesburg with the BBC to film South Africa in Pictures, a documentary in which he traces the country’s photographic history.

Rankin is affiliated with a number of charities and has created hard-hitting campaigns for Women’s Aid and Oxfam to name but a few.

A number of books of Rankin’s work have been published, including a retrospective of his work, Visually Hungry, a collection of his most recognisable portraits Celebritation, a book of Rankin’s images of his model wife Tuuli Tuulitastic, Alex Box, a collaboration with the avant-garde make-up artist and a book to accompany the BBC documentary, RANKINJOZI.

In addition to his photography career, Rankin has co-directed music videos, commercials and feature films with Chris Cottam. Their debut film, The Lives of Saints, penned by Fear and Loathing in Las Vegas writer Tony Grisoni, enjoyed success on the festival circuit and won the grand jury prize at the Salento International Film Festival.

Rankin lives in London with his wife Tuuli and his son Lyle.